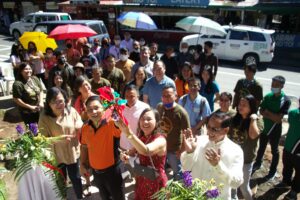 The activities were kicked off by a dental and optical health seminar held at the Chapel A on July 11. The seminars were conducted by Dr. Cromwell G. Yabut, Dr. Romeo G. Yabut, Dr. J. Joanne Camacho – Romulo. Free medical check-ups were then conducted on Tuesday and Wednesday.

Mrs. Violeta Canoy hosted a “pastor’s wives luncheon” on July 13.  Mrs. Marie Dumindin spoke at the luncheon on Titus 2:3-5 on the need for discipleship among women in the church. The luncheon was attended by invited alumni, current students, and friends.

The Pine Centrum was dedicated on, July 15, 2022. The Pine Centrum is a 6-unit commercial hall for the continuous support of the seminary’s mission. The dedication ceremony was led by Dr. Roland Coloma, Interim Director of the PBTS Supervised Ministry Program and was attended by the Trustees led by Mrs. Maria Theresa Yambao, Faculty, Staff, and Students.

Construction of the Pine Centrum was undertaken by the PBTS Maintenance Department led by Mr. Jonathan Nerida. 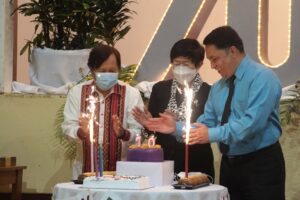 The PBTS banquet was held on July 15 at 6pm. Dr. Noel de Guzman spoke on the need for the seminary to focus on the importance of theological and biblical soundness, especially in the midst of heresies. Former presidents, Dr. Alfredo Saure and Dr. Joyce Abugan also addressed the attendees to give their recollection and reflection on their experience. The banquet was attended by various churches and leaders, PBTS alumni, and the PBTS trustees.

The celebration ended with a tree planting by the current PBTS Board of Trustees, led by Mrs. Maria Theresa Yambao on July 16.

PBTS first held classes on July 15, 1952, at the Baguio Chinese Baptist Church under the leadership of Dr. Frank Lide of the Southern Baptist (USA) Foreign Mission Board (now IMB). They began with 7 ethnically Chinese students.

No comments to show.